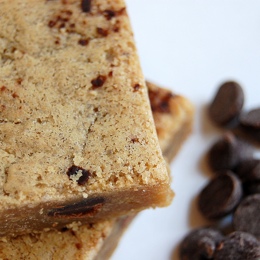 I mentioned in my Simple Brownies post that I was more of a blondie man than a brownie man. Thus, a blondie recipe.

This blondie recipe is simple and pretty much impossible to screw up. I don’t really try other blondie recipes (much), because this is all you need. It’s from Smitten Kitchen‘s blondies. If you check out the URL there, you can see “blondies-for-a-blondie,” which is what I used to type into Google whenever I wanted the recipe.

I’ve tried many things, but my standby with this recipe is to just throw in a bunch of chocolate chips or chopped up semi-sweet milk chocolate. In the pictures for this post, you can see I used chopped up chocolate – those smaller specks are the tinier bits I didn’t bother to throw out. 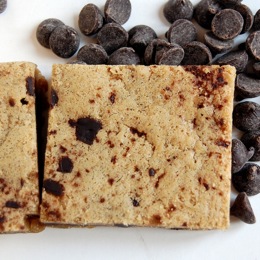 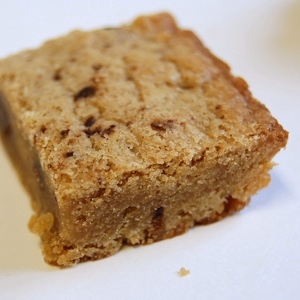 These blondies are pretty much a blank slate for anything you want to try. But I like ’em simple.